The last crossing of the Atlantic by a blimp, or to use the correct term non rigid airship was in 1957. Despite the captain's surname, I am not a relative and like most people had forgotten blimps crossed oceans in the past. A simple crossing of the Atlantic can be done using a Skyship 600 with only a few minor modifications in 2011. From the marketing point of view the Atlantic crossing would attract a lot of attention to a circumnavigation in 2012.

The history of the BART (Blimp Atlantic Round Tour) 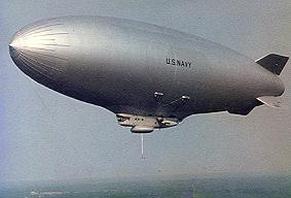 ZPG-2 Airship Sets World Record
MARCH 15 1957. A ZPG-2 airship, commanded by Commander J. R. Hunt, landed at NAS Key West, Fla., after a flight that began 4 March at South Weymouth, Mass., and circled over the Atlantic Ocean toward Portugal, the African coast and back for a new world record in distance and endurance, covering 9,448 statute miles and remaining airborne 264 hours 12 minutes, without refueling. For his accomplishment in commanding the airship on this flight, Commander Hunt was awarded the 1958 Harmon International Trophy for Aeronauts. Twelve ZPG-2 airships were built by Goodyear. The ZPG-2 (1), a 975,000 cubic foot airship, piloted by CDR M. Henry Eppes in May 1954, demonstrated its endurance in an unrefueled flight of 200.2 hours.

The Atlantic crossing routes and preparation

The still air range of a Skyship 600B when filled with Helium before takeoff, with a crew of 3 pilots, is about 2000 nm. The longest leg on a fairly direct route, would be from St Johns, Newfoundland to Vila do Porto in the Azores, which is 1375 nm and when considering the flight would only be conducted with a tailwind, there is no need to convert to diesel engines for an Atlantic crossing.  The end of May is about the earliest in terms of the weather to leave Newfoundland and a second leg to London would stop in Lisbon Portugal.
If a main envelope advertising contract could be obtained for 9 months, then a return route via, Portugal, Canary Islands, Ile du Sal (Cape Verde Islands), Barbados and Miami can be flown from December onwards. About 5 or 6 months could be spent on an EU tour and about 1 month on a tour of South Eastern US.
A tour of a shorter duration than 9 months would need to finish in Friedrichshafen Germany, so the Skyship can be deflated and shipped back to the USA.

The two airship operators that can provide a Skyship 600B for an Atlantic tour are:
Skycruise, Switzerland:  www.skycruise.ch  who could inflate a Skyship in the US and
AMS, North Carolina: www.airshipman.com  based in Elizabeth City.

Weather routing service:
It should be possible to use Southbound 2 based in Bermuda, who seem to have the best accuracy as regards Atlantic forecasts. 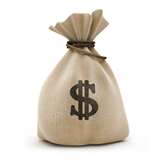 It is more expensive than normal to carry out a tour of this type.
It would cost about 500,000 dollars to inflate and prepare an airship for a trans Atlantic crossing and about 350,000 for each of the two transits. The monthly cost of the airship operation would be about 300,000 for the European tour, or the last part of the East coast tour. There would be an extra charge of 150,000 for deflating and shipping the Skyship back to base if the option of a longer return tour and Atlantic crossing was not possible. This means the lowest cost of this tour is one million for a one month operation,  A tour starting in New York then around Europe before returning via Florida and lasting  9 months would cost about 3.3 million.