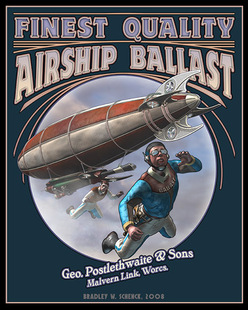 A more detailed breakdown of exact quotes for this proposal will be obtained once it receives backing from a major company. The figures quoted are approximate, but based on a good understanding of the costs of different components of an airship operation.

CONVERSION TO DIESELS AND EXTRA ITEMS 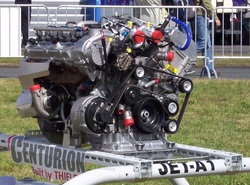 The first part of the conversion task is for a company called MAV 6, that is based in Elizabeth City to do the design work required for the conversion to diesel engines and for other required items such as the conversion of the water ballast tank to a fuel tank, electronics installation (New GPS, radio altimeter, sat phone and engine instruments) and tail skid.
Without sponsorship I would estimate this would cost about one million dollars. 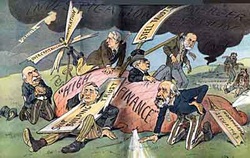 3rd party coverage for an airship is very cheap as airship accidents rarely cause injuries or damage to third parties, however full hull coverage for the airship is more expensive and I would estimate it will be about 10% of the hull value per year with 3rd party coverage included. A converted Skyship will probably be valued at 5 million dollars, so 500,000 dollars should be allowed for the total insurance package for one year. This is a rather pessimistic estimate, as it is based on figures from Lloyds and other insurance companies will be cheaper.

OPERATING COSTS FOR THE TOUR 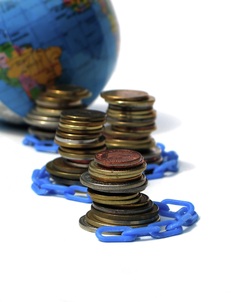 It is very difficult to estimate the exact cost of operating an airship on a world tour, but it would be about 250,000 dollars per month with sponsorship for some items like the cargo aircraft, helium and airline tickets, rising to 350,000 dollars with no sponsors involved. The need to fly some crew ahead for each leg does mean the number of crew is slightly larger than a normal airship operation. The normal total with 3 pilots is 20 but this world tour would need 25 crew total. 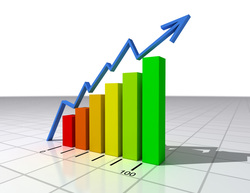 The initial investment in converting the Skyship to diesel engines is not wasted as the publicity involved could result in the value of the Skyship increasing from it's initial cost, however the airship companies are not able to fund such a conversion themselves.
The total cost of operating the tour for a one year period, including initial flight testing would be about 3.5 million.
My estimate of the amount possible in terms of income from the main advertising contract is based on twice the current amount paid by customers for using Lightship A 170 with a nightsign, which is 350,000 per month, which doubles to an income of 700,000 per month and that figure for international advertising is low, as it could be nearer to one million.
If you allow for a prize at the finish line of 100,000 the final total is 8.5 million, which gives a potential profit of 5 million.
Note: All figures quoted are US dollars.